Michael Parenti - The 1% Pathology and the Myth of Capitalism

The Frankfurt School: Conspiracy to corrupt

By Timothy Matthews
Issue: March 2009
http://www.catholicinsight.com/online/features/article_882.shtml
Western civilization at the present day is passing through a crisis which is essentially different from anything that has been previously experienced. Other societies in the past have changed their social institutions or their religious beliefs under the influence of external forces or the slow development of internal growth. But none, like our own, has ever consciously faced the prospect of a fundamental alteration of the beliefs and institutions on which the whole fabric of social life rests ... Civilization is being uprooted from its foundations in nature and tradition and is being reconstituted in a new organisation which is as artificial and mechanical as a modern factory.

Most of Satan’s work in the world he takes care to keep hidden. But two small shafts of light have been thrown onto his work for me just recently. The first, a short article in the Association of Catholic Women’s ACW Review; the second, a remark (which at first surprised me) from a priest in Russia who claimed that we now, in the West, live in a Communist society. These shafts of light help, especially, to explain the onslaught of officialdom which in many countries worldwide has so successfully been removing the rights of parents to be the primary educators and protectors of their children.
Posted by Jesus Reyes at 9:38 PM No comments:

The psyop to neuter The Rebel Jul 6 by Jon Rappoport 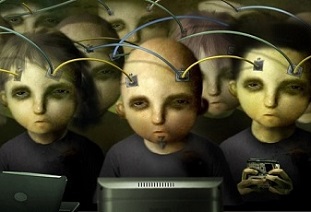 Posted by Jesus Reyes at 9:34 PM No comments:

GeoINT: Casting A Neural Net On Humanity - RFID Not Required!

Posted by Jesus Reyes at 8:36 PM No comments:

Everything We Know So Far About Obama's Secret Trade Deal

President Barack Obama has been riding high these last few weeks, cementing his legacy with landmark victories on healthcare, gay marriage, and opening a first US Embassy in Cuba for the first time since the Cold War. Between the rainbow flag waving and soaring eulogy-writing, though, it was easy to miss what may have been the president's most significant—and controversial—victory: the signing of a Trade Promotion Authority bill that gives Obama filibuster-proof superpowers when it comes to negotiating trade deals.
Posted by Jesus Reyes at 8:30 PM No comments:

The Fight Over Obamacare Was a Giant Political Charade

When the U.S. Supreme Court ruled on June 25 that the Affordable Care Act’s (ACA) subsidies for health insurance for the poor were indeed constitutional, liberals cheered. The last-ditch attempt by the right to gut President Obama’s signature act failed. In his weekly address, Obama triumphantly announced that “after more than fifty votes in Congress to repeal or weaken this law; after a Presidential election based in part on preserving or repealing this law; after multiple challenges to this law before the Supreme Court, we can now say this for certain: the Affordable Care Act still stands, it is working, and it is here to stay.”
Posted by Jesus Reyes at 2:27 PM No comments:

Posted by Jesus Reyes at 2:26 PM No comments:

Posted by Jesus Reyes at 2:25 PM No comments:

Not Our Independence Day The Founding Fathers were more interested in limiting democracy than securing and expanding it.

Not Our Independence Day

The Founding Fathers were more interested in limiting democracy than securing and expanding it.
https://www.jacobinmag.com/2015/07/hogeland-independence-day-american-revolution-socialist/

Rather, it was the first chapter in an inter-imperial war between Great Britain and its dissident elites in North America. And the American state, even in its earliest incarnations, was more concerned with limiting popular democracy than securing and expanding it.

Posted by Jesus Reyes at 9:34 PM No comments:

https://realcurrencies.wordpress.com/2012/01/25/top-ten-lies-and-mistakes-of-austrian-economics/
In the face of Austrian Economics’ ongoing onslaught through Ron Paul, the Mises Institute and Gold Dealers parading as the ‘Alternative Media’, we present the next installment in our series of articles exposing it for what it really is: just another Banker Mind Control Operation.
1. Bankers hate Gold
2. Government is the main problem
3. Manipulation of the Volume of the Money Supply is the main problem with our money
4. Gold guarantees a steady volume
5. Inflation is bad
6. Deflation is good
7. We don’t want a Gold Standard, we want a Free Market for Currencies
8. Austrian Economics is hated by the Main Stream Media
9. Fiat Currencies are always bad
10. The problem is the FED
Posted by Jesus Reyes at 8:44 PM No comments: 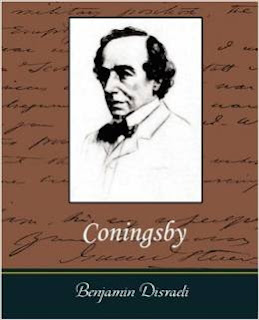 Posted by Jesus Reyes at 9:06 PM No comments: 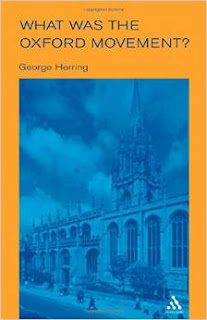 Posted by Jesus Reyes at 9:04 PM No comments: 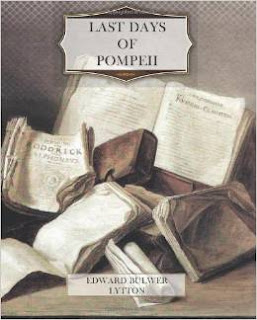 Posted by Jesus Reyes at 9:03 PM No comments: 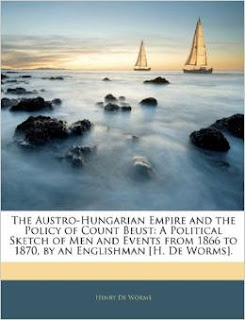 Posted by Jesus Reyes at 9:02 PM No comments:

There is one man who can properly be regarded as the father of Zionism and Nazism: Benjamin Disraeli. To omit Disraeli from a central place in the 19th century development of Zionism, agent historian Barbara Tuchman once said, "would be as absurd as to leave the ghost out of Hamlet." As prime minister under Victoria in the 1870s, Disraeli was the overseer of Britain's imperial design to secure a "homeland" for Jews as a British outpost in the Middle East, and a secret document authored by Disraeli became the manifesto for early Zionism in Europe. That much is admitted on the public record.
What's hidden are Disraeli's motivations. In the 40 novels he also authored, Disraeli called for an Aryan-Semitic alliance to form an organized superior "Caucasian race" that was destined to rule the world with British power and the Hebrew-centered "sacred mysteries of the East." This was the counter-cult to the rising demand for industrialization and progress throughout Europe, the United States, and the Arab world. As we shall show, Nazism and Zionism were the hideous twin offspring of the same Anglican racist mother.

Posted by Jesus Reyes at 8:59 PM No comments:

The Truth About the Bahá'í New Religion

Oxford Movement's freemasonic evangelists would not attempt to convert Muslims, for instance, to Christianity. Instead, they would try to bring the Muslim (Sufi) belief system into harmony with the cult practices of the Scottish Rite.

The Oxford Movement and the British freemasons had an ally that had also been condemned by the Vatican: the Society of Jesus, or the Jesuits.

learned how to use cults and "religions" to control its people.

From the 1820s onwards, The chief sponsors of the British cult-building project during this period were the British royal family itself and many of its leading prime ministers and aides, such as
Benjamin Disraeli,
Lord Palmerston,
Lord Shaftesbury, and
Edward Bulwer-Lytton.

Bulwer-Lytton, who served as the head of Britain's Colonial Office and India Office for years and then was succeeded by his son, was a practicing member of the ancient cult of Isis and Osiris

This paragon of the empire-builder is the grandfather of the
Pre-Raphaelite Brotherhood of John Ruskin,
the 1860s Metaphysical Society of Bertrand Russell,
the 1880s Isis-Urantia Temple of the Golden Dawn of Aldous Huxley,
and the Theosophy Society of Madame Blavatsky, who published "Isis Unveiled".

From the Great Book "Hostages to Khomeini" of Robert Dreyfuss.

Posted by Jesus Reyes at 8:50 PM No comments:

Putin’s plot to get Texas to secede

Putin’s plot to get Texas to secede

For Moscow's right-wingers, payback means teaming up with a band of Texas secessionists.
Nathan Smith, who styles himself the “foreign minister” for the Texas Nationalist Movement, appeared last Spring at a far-right confab in St. Petersburg, Russia. Despite roaming around in his cowboy hat, Smith managed to keep a low-key presence at the conference, which was dominated by fascists and neo-Nazis railing against Western decadence. But at least one Russian newspaper, Vzglyad, caught up with the American, noted that TNM is “hardly a marginal group,”and quoted Smith liberally on the excellent prospects for a partial breakup of the United States. Smith declared that the Texas National Movement has 250,000 supporters — including all the Texans currently serving in the U.S. Army — and they all “identify themselves first and foremost as Texans” but are being forced to remain Americans.  The United States, he added, “is not a democracy, but a dictatorship.”  The Kremlin’s famed troll farms took the interview and ran with it, with dozens of bots instantly tweeting about a “Free Texas.”
Posted by Jesus Reyes at 12:25 AM No comments:

Posted by Jesus Reyes at 8:33 AM No comments:

Posted by Jesus Reyes at 8:32 AM No comments:

Posted by Jesus Reyes at 8:22 AM No comments:

Posted by Jesus Reyes at 8:20 AM No comments:

Jesus Reyes
I am the son of a Huichol medicine man, a Valiente, and a Zapatista. I channel Simón Bolívar when Hugo Chavez isn't in town. In a prior lifetime, I rode with Pancho Villa in the foothills of the Sierra Madre and the Chihuahuan Desert and while I will always admire him, in the end he was a disappointment